Joan Lippincott is Professor Emerita of Organ at Westminster Choir College of Rider University and was Principal University Organist at Princeton University from 1993 to 2000.

BOSTON “Lippincott brought the Art of Fugue down from its pedestal and turned it into a living, breathing piece of music, by turns thoughtful, dancing, graceful, or bold … She drew from a veritable painter’s palette of articulations, touches, phrasings, tempi, and registrations to express the widely varied characters and mood that Bach put into groups of contrapuncti and canon.”
The American Organist

NEW YORK CITY “Most important perhaps, is her way with rhythm … the mighty Toccata in F had an irresistible and wonderfully humanizing swing about it.”
The New York Times

LOS ANGELES “Almost everything about Joan Lippincott’s organ recital proved first class … The organist displayed a strong architectonic flair in both programming and performance, a penchant for detail and more than ample technical facility to realize her interpretative goals.”
The Los Angeles Times

RECORDING REVIEW
(J.S. Bach Concerto Transcriptions)
Gothic CD, G-49275
“Splendid is the word for this CD!  Phrasing, articulation, rhythmic drive, beautiful organ sounds – it’s all there.   What are you waiting for?  Get this CD, slip it into your player, hit the play button, settle back, and smile.”
The Tracker 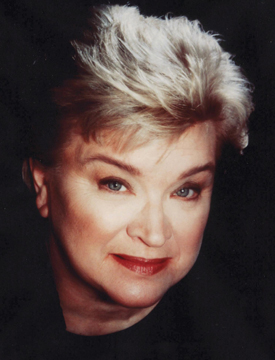