Jonathan Ryan has the rare distinction of holding six First Prize awards from major international and national organ competitions.  Most notably, the First Prize and LeTourneau Prize at the 2009 Jordan II International Organ Competition.  He has appeared in recital at major venues in the U. S. A., France, Germany, and the United Kingdom.

2014 BOSTON AGO NATIONAL CONVENTION     “Jonathan Ryan presented one of the convention’s finest recitals.  The program was all the more remarkable for being delivered from memory; a remarkable feat in and of itself.”
”The recital began with the Dupré Symphonie-Passion.  Tempo was excellent; playing was clean, accurate, and confident.”….”Ryan used the colors of the organ to good effect, and with unceasingly varied creativity.”….”Throughout, there was a sense of clear, thorough mastery of the music, and a clear vision for its interpretation.”
” Jonathan Ryan is one of the brightest younger artists in the field today; his Cambridge recital augurs a long and distinguished career.”

CHICAGO, IL (2012 Organ Historical Society National Convention)
“Things got off to a lively start with Dupré’s transcription of Bach’s Sinfonia from Cantata 29….Ryan’s playing had great drive.”
“[in] Howells’ Rhapsody in C-Sharp Minor, Op. 17, No. 3, […] Ryan had a very fine sense of the piece’s architecture.”
“Ryan closed with Dupré’s Prelude and Fugue in B Major, Op. 7, No. 1—its lively toccata and angular fugue formed a test for hands and feet that he passed well!  This excellent recital was a great start to our convention.”

“Jonathan Ryan is one of the rising stars of the American organ scene, with no fewer than six national and international first prizes under his belt.  Little wonder, with such a bomb-proof technique…  The considerable technical difficulties of Willan’s regal epic [Introduction, Passacaglia, and Fugue, Op. 149] are handled with aplomb…  Further evidence of Ryan’s considerable technical prowess is evidence in Ad Wammes’s transcendental, if typically quirky, Ride in a High Speed Train…”

Allow yourself to get caught up in this incredible performance –
Ryan will take your breath away.”

“[…] Jonathan Ryan presents a very interesting program of pieces masterfully played.  With an extremely wide repertoire range […], including a commissioned work by Zachary Wadsworth, Ryan demonstrates exceptional technique, considerable depth of musicianship, imagination, and passion.  This is a player to watch!  He clearly has much to say.”

The Journal of The Association of Anglican Musicians, April 2013 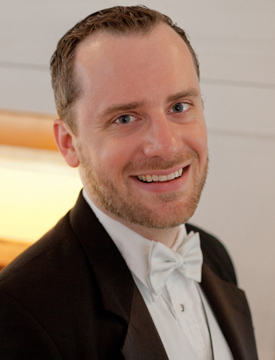