Todd Wilson is head of the Organ Department at The Cleveland Institute of Music and Curator of the E.M. Skinner pipe organ at Severance Hall in Cleveland, OH; he is also Director of Music at Cleveland’s Trinity Cathedral.

CLEVELAND “… a fabulous virtuoso with fleet feet, a prodigious memory and technique to burn.”
The Plain Dealer

BIRMINGHAM, AL “Wilson … is a master tonal colorist … consistent security on both the manuals and pedals.”
The Birmingham News

“It is rare these days when a recording appears where all of the elements—artist, organ, music—are of one accord. Such is the case with Todd Wilson’s superb performance of this marvelous program.” ….. “As I listened to this recording, I was mindful of ones by some of my favorite pianists—Arrau, Bolet, Johannsen, Richter—whose unforgettable interpretations were the result of many years of thought and performance. Such is the case with Wilson’s Franck, Reubke, and Widor. He has lived with this music for many years, has something to say about it, and plays with authority, passion, and total mastery. In a word, these are flawless performances.” …. “A truly magnificent and memorable recording.”

“Todd Wilson is a consummate musician with a fine sense of pacing and an immaculate technique that is always subservient to the music.  Whether in Franck, Reubke, or Widor, he knows when to allow the virtuosic aspects to come to the fore, while always keeping control, pulling back at just the right places, allowing the listener to discern the overall phrasing and structure.” …    “His performance of Reubke’s highly dramatic sonata, abetted by the marvelous tonal palette of the Harris instrument, makes for one of the most memorable and commendable renderings of this work to be encountered.  Again, Wilson’s fine balance of virtuosity, technical control, pacing, and musical sensitivity to the contrasting emotional aspects of this demanding piece make this a benchmark performance.” …  “ Not to be missed.”

James Hildreth, The American Organist (May 2022)

“Todd Wilson is an extraordinary, intrepid performer with immense technical capability and solid musicianship, qualities that eminently qualify him for this daunting project.  His playing captures Hancock’s spirit in every way; it could very well be Uncle Gerre himself playing.” 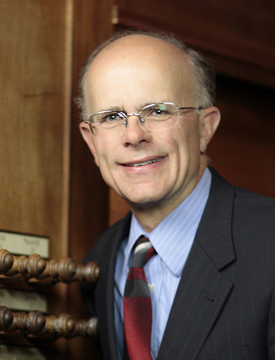