Daryl Robinson is Assistant Professor and Director of Organ Studies at the University of Houston’s Moores School of Music, and Associate Minister for Music and Cathedral Organist at Houston’s Christ Church Cathedral (Episcopal).  He was the winner of First Prize and Audience Prize at the 2012 AGO National Young Artists Competition in Organ Performance.

DALLAS (The Catholic Church of St. Monica) “The new four-manual organ … was vividly displayed Friday night in a recital by Daryl Robinson … Robinson cycled through a kaleidoscope of registration changes worthy of Elgar’s brilliantly orchestrated symphonies … If anyone still doubted Robinson’s first-class virtuosity, he dispelled any questions in a demonically brilliant account of “Tierces,” from British organist David Briggs’ 2005 Four Concert Etudes.”

CLEVELAND “Robinson easily conquered all of Liszt’s pianistic technical demands [and] made good use of the antiphonal possibilities of the cathedral’s organ … He is already a very proficient and talented young artist; he has a bright career ahead.”

“What a knockout this disc is! The program assembled here is one of the most cogently and creatively conceived recital programs for any instrument I’ve encountered in quite a while.”

“The execution of all of these pieces by Daryl Robinson is dazzling. His technique is prodigious, his ear for appropriate registrations is acute, and he is perfectly attuned to all the highly varied stylistic requirements of this diverse program. The resources of the iconic Glatter-Getz/Rosales Organ of the Walt Disney Concert Hall are deftly exploited to the full. and the proceedings are captured in brilliantly vivid and clear sound. … This release is a total delight; urgently and enthusiastically recommended.”                   James A. Altena, Fanfare, May/June 2019 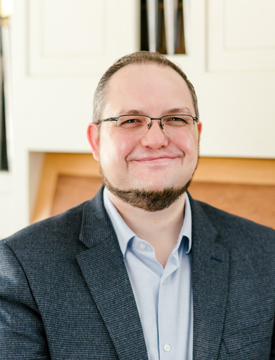