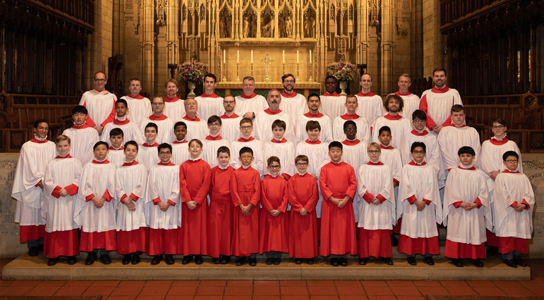 The Saint Thomas Choir announces their newest CD release, “The Music of Gerre Hancock”, which is due to be released on Signum Classics on April 23, 2021. This is the choir’s first commercial recording under the direction of Jeremy Filsell. It will be available directly from Signum Classics and also on Spotify and Apple Music.

Considered by many to be the leading U. S. ensemble in the Anglican choral tradition, the Saint Thomas Choir of Men and Boys provides music for five choral services each week at Saint Thomas Church Fifth Avenue, New York.  The choir regularly appears in concert with period-instrument ensembles in New York, and for the past three decades has also toured throughout the United States and Europe.