Frederick Swann is the immediate past President (2002-2008) of the American Guild of Organists. He is Organist Emeritus of the Crystal Cathedral and of the First Congregational Church of Los Angeles, and Organ Artist-in-Residence at St. Margaret’s Episcopal Church in Palm Desert, California. Mr. Swann is also University Organist and Artist Teacher of Organ at the University of Redlands in California. 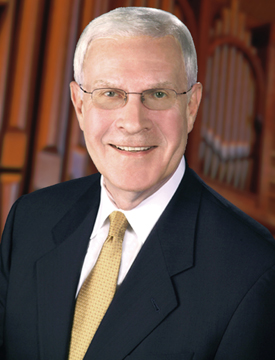